The 2020 season of Khoury League has been canceled as a precautionary measure to protect the health of our players, volunteers, and staff. 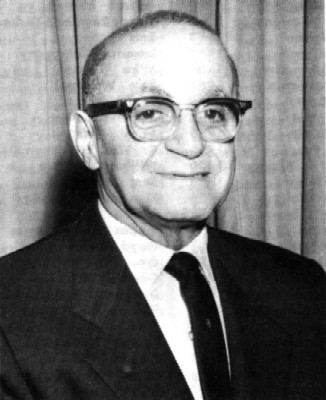 The George Khoury Association of Baseball Leagues, Inc., as its contribution to the recreational life of countless communities throughout America and abroad, sponsors many amateur sports programs. Most prominent among these is Baseball ... our national pastime.

While the information on this site applies primarily to boys' baseball, much of its content also constitutes a vital part of the Association's guidance for other sports. We hope it will prove helpful to all who participate in the program; children and adults, participants and administrators.

Khoury Association Baseball had its beginning in St. Louis, Missouri in 1936 with two leagues of four teams each. The first games were played on Mother's Day in honor of Mrs. Khoury, who suggested to her husband George that he organize a baseball league.

The first Khoury League was started for the benefit of the three young sons of Mr. and Mrs. Khoury, and for the boys in their neighborhood. Interest rapidly spread and soon George Khoury was operating a baseball association for players in seven divisions from age seven on up.

The program expanded rapidly after World War II, first to the areas adjacent to St. Louis then to Illinois, Kentucky, Florida and other states. Organized Khoury Leagues are now active in many states and several foreign countries.

An important addition to the program came in 1958 when girls softball was included. Some Khoury Leagues, in addition to baseball and softball also include soccer, basketball, bowling and other sports.